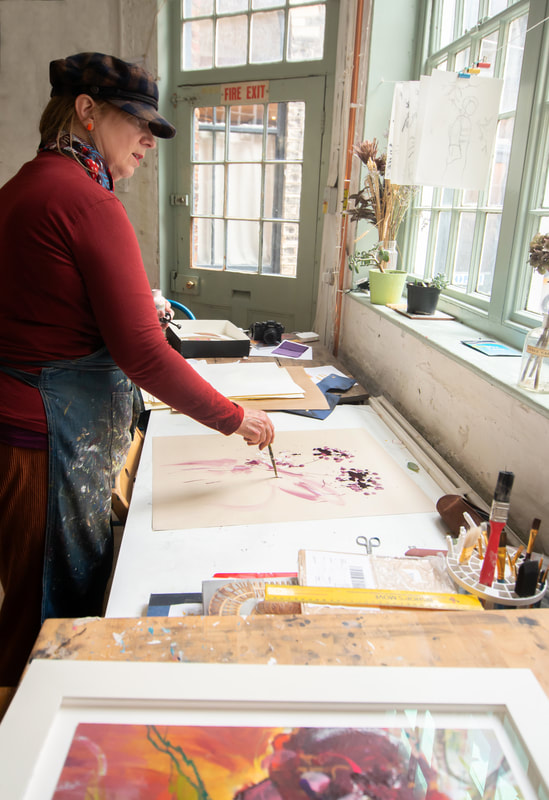 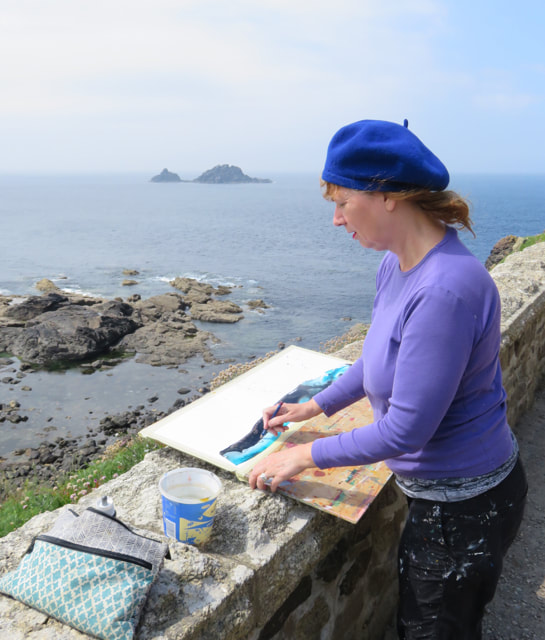 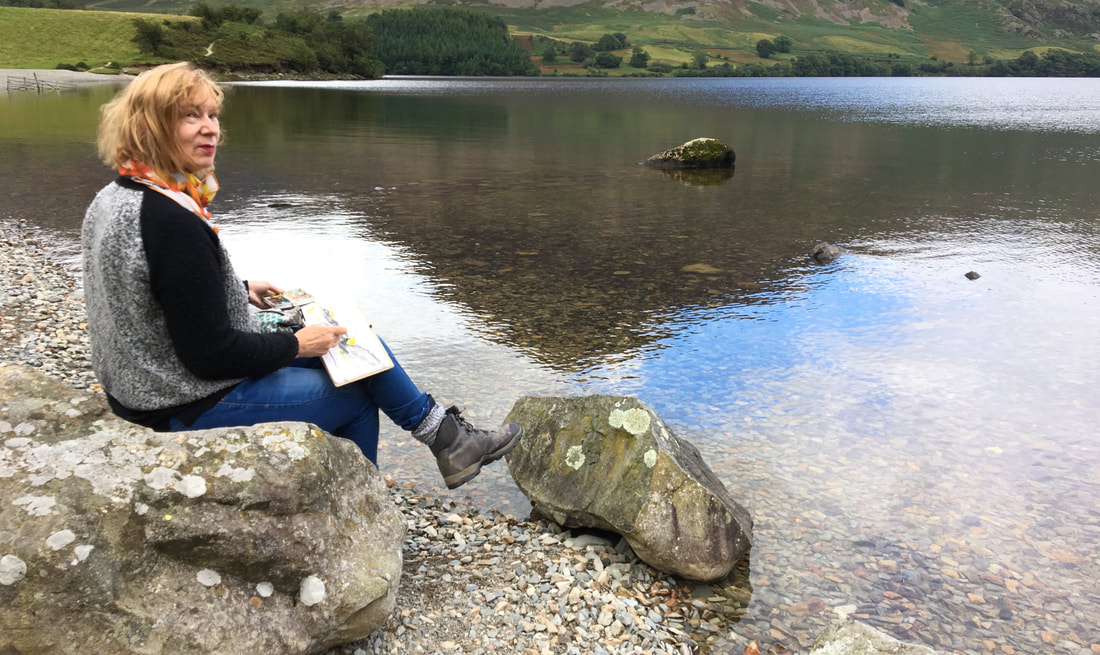 Lesley Birch - Lake District, Crummockwater - 2017 - sketchbooking
Lesley Birch is a Scottish painter & printmaker currently based in York, UK. Her work is an interpretation of feelings and emotions connected to time & place. Gesture is her language. Calligraphic scribbles and sweeping brush marks flow on paper and canvas straddling the boundary between abstraction and figuration.  Her paintings stem from memories and sketches of time spent in Scotland, Ireland and Cornwall.  A professional musician before she made a career as a painter, Lesley likens the sensation of mark making and colour-combining to ‘that exciting moment when materiality and emotion meet, the same moment as the resolution of a hanging chord.’  Whether it's a bouquet of flowers from her garden or a vast dramatic sky, it's the gesture and emotion of a painting which Lesley seeks to convey.

Born in Glasgow in 1958, Birch gained her MA in English Literature and Music at the University of Glasgow. During the 1980s, she worked as a professional musician touring the UK and USA with chart-topping Scottish band Hue and Cry. She began exploring her interest in printmaking and painting in 2000 whilst teaching English Literature in Cambridge. After moving to Yorkshire, she won a ‘highly commended’ in the Harrogate Open (2007) and held her first solo show, Land & Sky, at the Yorkshire Dales Centre (2008). Birch’s work has been exhibited widely, at the Royal Academy Summer Exhibition, Cork Street Open and ING Discerning Eye at the Mall Galleries. Her work is also held in the Royal Marsden Hospital Collection. In 2016, Birch won the UK Artist Magazine Award and The Clairefontaine Award.

“A line, a shape or a colour may start as a motif for a body of work,” she says.

Lesley’s emotive use of colour and expressive marks speak to the viewer. She has produced fine art prints for John Lewis, King & McGaw, The Fine Art Company and Artiq and became a member of the Society of Scottish Artists in 2019. Birch is a founding member of PICA Studios in York, where she now lives and works.

"Nature is not only all that is visible to the eye... it also includes the inner pictures of the soul."
Edvard Munch 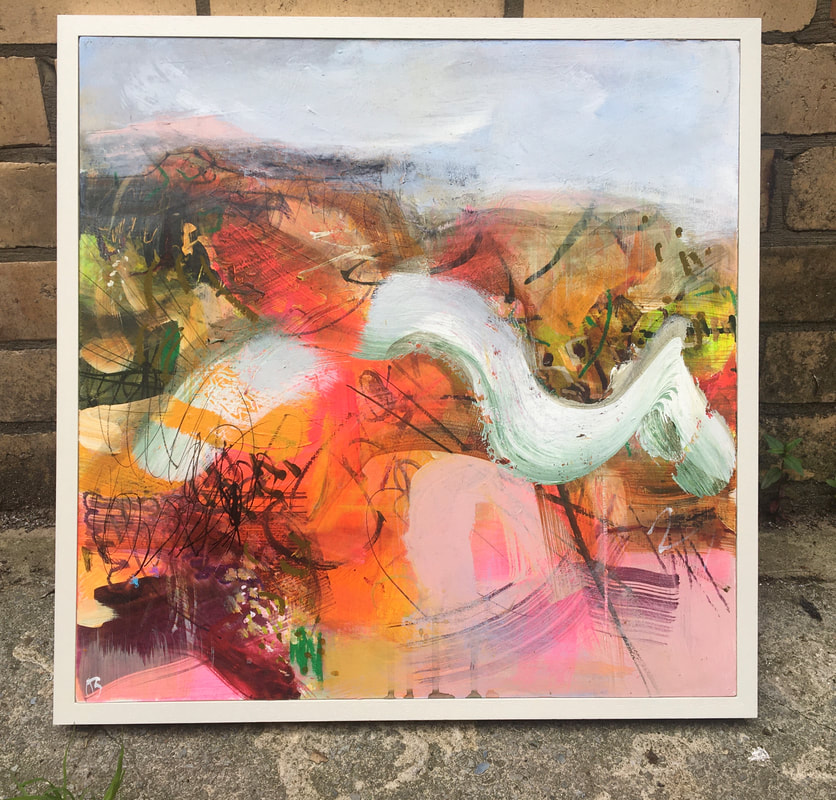